Late Night love From the Refrigerator

Love is that late night bite of pie
from the refrigerator that
you figure no one will miss in the morning.
And they don’t. 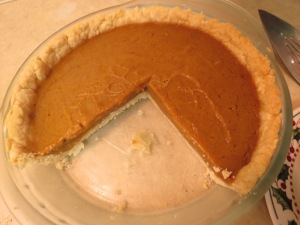 While bunching up the line for homemade rhubarb and kale pies at the Farmers Market Wednesday, I got into a heated exchange with my two girlfriends. Innocently, I mentioned the headway on this “diversity” thing I was making in our village. My tactic, such as it could be flattered, was to invite people of “difference” over to my house for dinner. This way, we would grow more like one another and not so “diverse” anymore. Problems solved.
Well, nothing seems to empty little minds like jealousy. Like annoying magpies, they chirped that I had “diversity” all wrong, that it meant to accept differences without interference. Things then became frosty, let me tell you.
Without stopping to swallow her saliva, one of them offered that I might be interested in her new diet, which consisted of eating foods only grown in Scranton, Pennsylvania.
It hurt me that my diversity dinners now seemed so inept. Before I could fight back, however, my other friend, now nearly hobbled with rage over the diet thing, briskly offered that she had lost over forty pounds by eating nothing but beets for six months.
Seizing the moment, I snidely assured her that I hardly noticed the red stains around her mouth, then I paid, collected my pies, and left feeling good and childish.
I was unsettled though. I had figured that a winning strategy for this diversity riddle was at hand. I had asked a black couple, I barely knew, over for dinner next week to lance our differences.
” So the aim is to keep people different ?” I mulled crestfallen.
Fortunately, the people I had invited to dinner called and canceled. Out of respect for each other, we never rescheduled. 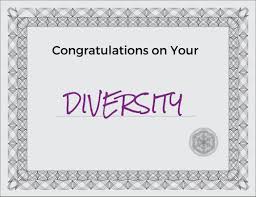 We played musical chairs in grade school. I would guess first and second grade. There would be chairs sitting in the middle of the gymnasium in an oval. We would all have one to sit on. The teacher would take out one chair.

Beating up girls never happened in my hometown. Grown men did that. If you did hit a girl, you would be swatted with a paddle that hurt badly. The lesson for us was not about hitting women. It was more about being a sissy. To a young boy sissy meant to be like a girl. The message was that if you hit a girl you were like a girl.

After the first chair came out, the teacher would start the song on the record player. We would slowly march around and around until the music stopped, and then all bets were off and we battled to get a chair. There were strategies though I suspect they were at best flimsy. The further you were away from the empty seat the slower you would move. The closer to it the faster. It wasn’t Sun Tzu.

If you loved the girl, you walked behind; occasionally a chivalry would reveal itself. You would let her win. We did not know then that the girls did all the positioning.
Men learn about petting by shoving. It is a potent concoction of the two things we crave most, violence and touching women. I don’t remember what I was thinking then. I know though that when a girl wrestled with you, it meant something. It was erotic and committal. Girls know what it means. Boys can only imagine. Men live with uncertainty and advantage all their lives. Woman deal with certainty and disadvantage throughout theirs. 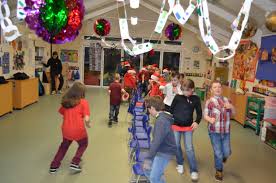 I Hate You Still. A Different Way.

It was a good war.
The relief, I needed.
Anger had filled my days.
Life heating to a boil,
the hate I had for you,
someone I had never met.
I squeezed into the flaming streets,
while the fires took our sons,
far away to kill you.
My son did not come back,
and now I hate you still.
A different way. 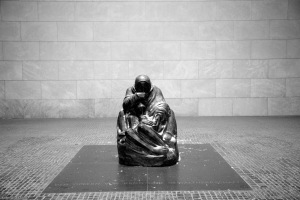 No one thanked God

No one thanked God for their Oscar last night. It was a relief. Those fifteen-yard punishments for praying during the Superbowl sort of got on my nerves. It was almost as though I was watching early man abandoning an invisible God for a new and solid one. One you could hold. One of gold.
The best actor award went to a young fellow who simply put his eyeglasses on crooked and contorted his face for half the movie. It was not close to acting; it was mimicry. No screenplay was immediately apparent or frankly missed.
The real best actor seemed to be happy being invited anywhere.
The best films all chronicled damaged people. “Selma,” by bigotry and a gun. “American Sniper,” by war. “Imitation Game,” by intolerance. “The Theory of Everything” and “Alice,” by disease. “Birdman” by the injustice of early but unrepeated success. Birdman won because Hollywood believes it suffers so for its art.
“The Grand Budapest Hotel” was about the decline of first-class accommodations.

The End of the World

Mind you, had I been one of the grub eating, cannibal type guys three thousand years ago, I would have been as jittery about the end of the world as anyone else. There is something about this that gets me hard.
I  trust in Global Warming. I want the Republicans and Fox news to be wrong about what’s coming. It’s about the political  team with me.
Problem is, I found it easier back when I was hunting and gathering to fathom solutions to the onset of any particular cataclysmic doom, like eclipses, earthquake or droughts. I had gods and powerful Shamans who could be relied upon to fix shit. If the gods didn’t come through, well, we would find another. If the Holy Man proved unworthy, we could just eat him.
Global warming, if true, and, of course, every sane person believes it is, comes with no solution except to bend over and to kiss your ass goodbye. The only remedy seems to be to convince nine-hundred billion Chinese to bring their recyclables to the curb and for them to stop heating the homes of babies for about two-hundred years. 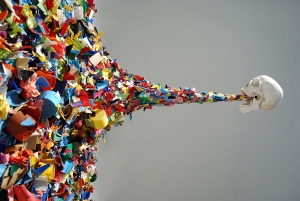 The Universe is in Big Trouble.

It is uncommon to think of your father as a liar. This relationship, by its nature, rarely gets so twisted that this kind of trick pops up as a solution. However, there are times when a parent will concoct if they get cornered. My dad would do this with a resourceful and beautiful ingenuity.
The high deceits, such as those found in fine literature, are the stuff of spiraling human downfall. The diminutive lies, like the ” Oh my, don’t you look pretty today,” are hardly more than protective kindnesses. I am not describing those. A grew up regularly experiencing a more nuanced application of lying.
My father used the cloudy middle ground of deception often and adeptly. He would invent a backdrop scenery so opulent to prove his point, that the truth became a distant issue.
For instance, there is a theorem in physics that contends that all things gradually decline into disorder. It is called,”entropy.” Dad invented this. He employed it in such a way that when combined with hitting me on the head it would inspire me to turn off lights when I left a room. ” Every light bulb has only so many on and offs,” he would threaten. This lesson had the sorry effect of saving him a few pennies while I lived at home. It did, however, foment in me, a lifetime of nervous glances skyward expecting the universe to run suddenly out of light.
Another example of convenient but creative deception from my father I think surprised even him. Growing up we had a lot of dogs. They would disappear, (usually hit by cars,) with such a regularity that we all would sniff our dinner meat if one were absent at dinner time.
When I was six or seven, I came home from school to find my father crying at the kitchen table. Our current most loved dog was dead, run over in front of our house by some teenager. The kid had just moments before brought the dog to the door.
My father, trying to shield me from seeing the yet disposed of wreck of the animal, lied to me. He said, “Sometimes when a dog knows it is going to die it will go off into the woods to bury itself. Of course, I believed him, still do.
I am currently trying to use my father’s entropy lie to encourage my son to forestall the end of the universe by turning off lights. The universe is in big trouble. 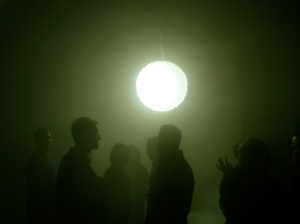 It is impossible to separate any truth from its particular vanity.

Loving once is inevitable,
Loving again is not.

Exhaling Always Wins by One.

Inhaling is by its nature urgent and hopeful.
You inhale more often when you are young.
I know this seems unlikely, but
you can’t prove otherwise.
It is an odd board game we play with breathing.
Exhaling always wins by one.