Bring On The Climate Change

What if climate change is just what we need?

Maybe the poor will prosper from weather adjustments that render deserts moist while creating vast new rain forests on top of Peking.
What if all the rich bastards get flooded out of their beach homes on Long Island and Malibu because the oceans overrun them? Doesn’t bother me and I am certain fish will be pleased.
What if the heartland of the U.S. becomes a dust bowl, forcing the people who live there to take photos of gay wedding ceremonies just to survive?

Imagine a world where the Earth’s temperature is uniformly conducive for growing kale. Picture waterproof Apple iPhones invented to combat thirty-six hour rains.
Who decided that Global warming must be all bad? The same people who are now working at break neck speeds to make us admire Hillary Clinton, our goofy media.

In the course of my lifetime, I have been persuaded that other races are my equal. That women deserve the vote. That sexuality is the only important activity in the human glossary of petty interests and that randomly blowing up innocents is the fault of Monsanto and Dick Cheney. Why is it so hard for them to make me happy about a change that will take ten thousand years for me to even notice? C’mon guys throw me a bone here.

If molding me into this kind of stupor means anything, then surely it indicates that I can handle a couple of degrees Fahrenheit shift here or there.

But She Does Not Care

Our mother is insisting that no girl in our family can marry until our oldest sister does. This oldest sister believes it is only fair, as she has waited the longest. The younger girls are afraid their mother will never let them marry if they don’t listen. The boys at the door are allowed to see only the one they could never want. But Hillary does not care. 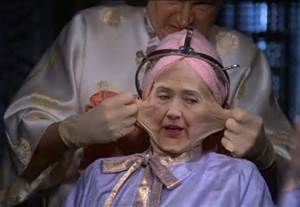 Inside Which You Live

Life has provided me the eyes to recognise art without granting me an artistry of my own, and this is no small thing.  To identify the beautiful, is nearly as wonderful as making it. Understanding this profoundly, produces  a certain patience. And patience makes the time, inside which, you live.

I am finishing filling in my Middle East brackets. Saudi Arabia is leading airstrikes into Yemen as the U.S. runs as fast as it can out of that country. Iraq is in shambles thanks to George Bush, and President Obama has positioned President Assad of Syria into fighting for his life by slaughtering his people. Afghanistan is pretty much the way it has been since Christ, a mountainous collection of cave dwellers too inept to draw pictures on walls. Eygpt is mostly living in Manhatten.

Iran wants the bomb and Mr Obama may or may not let him have it. Either way, the Israelis will have the final say. Iran will be out in the first round.
The Palestinians will sue for peace with Israel when they realize they have no friends except at Harvard.
All we ever had to do is drill for our oil and “frack” our rocks; problems solved.
A tidy little decade if you ask me.

Pick a Friend, Any Friend at All 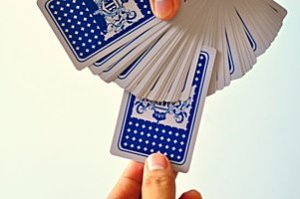 FaceBook is helping us finally untether ourselves from 10,00 years of dubiously valuable attachment.

My Dad and I

My dad and I would sometimes drive to the Greater Pittsburgh Airport on the weekends to watch the planes take off.

My Biggest Fear Has Revisited Me

I grew up in the fifties jittery and shitless with fear over the rampant approach of another Ice Age. It was coming, it had wiped out the dinosaurs, and if those fearsome lizards couldn’t get out of the way, I was screwed.
I plowed out of my uneasiness with recreational drug use in the sixties, the pursuit of fun and money in the seventies and eighties, and then children in the nineties till now. But now that I have grown too physically weak for robust denial my glacial adversary, it has returned in the form of global warming.
Ice Ages, and there are many of them in Earth’s history, seem to have their very own periods of warming inside them, known as interglacial periods.
According to Bill Bryson,
“Even less well understood are the cycles of warm weather within ice ages, known as interglacial periods. It is unnerving to think that all of recorded human history, from the development of farming, the creation of towns, the rise of mathematics, writing, science and all the rest, has taken place within an interglacial period of mild weather conditions. Previous interglacial periods have lasted as little as 8,000 years. Our present interglacial period has already passed 10,000 years. ”
Yipes!
These numbers do suggest we are in trouble. It must come as a relief to the Democrats who are relying on glaciers, in the form of heat waves, to carry them into the 3012 Presidential election cycle. 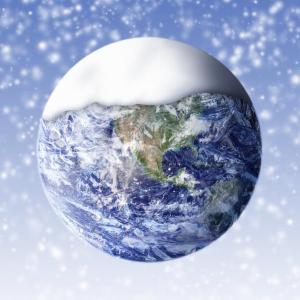 My family hated John F. Kennedy because he was Catholic. My father was Catholic, but I never knew that until I went through his one drawer and found his beads and Bible after he died. He never mentioned it.
My mother was Irish. She dragged me to our Methodist church in my wool suit every Sunday to sweat and itch. I believed in this God hard. He got credit for every lucky thing that happened to me. I never blamed Him for anything.
I knelt beside my bed every night next to my mother. I recited
“Now I lay me down to sleep,
I pray the Lord my soul to keep,
If I shall die before I wake,
I pray the Lord my soul to take. Amen.”
Then I proceeded to remind him who to bless. “God bless Mummy and Daddy” followed by careful laundry list of family members, always including the family the dog and various pets. Our dogs clearly needed it as they did live day to day never lasting very long. The devil favored running them over with cars I guess. In hindsight, I think God might have gotten impatient with me for wasting his time on animals.
Praying, like Santa and the Easter Bunny, reluctantly lost their reality. Petitioning the Lord for shit lasted longer. God and I worked my teen years hard. I think I sought to pray away every pimple. I certainly tried to use God to pimp out the affections of any girl on whom I had a crush.
I never pray anymore. In fact, I think it is vaguely unseemly. I have too much.

And It Will Die

Truth hides in the grasses
Like a timid animal.
You can hold a glimpse
but never it’s gaze.
It knows that if you
take it into the open.
It will disappoint you,
and it will die 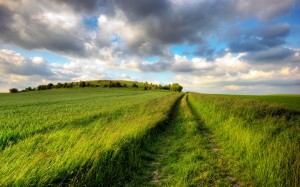 The Middle of Nebraska 1969

The first car I paid for by myself was a used Buick Electra convertible. At the time, it was the longest car ever manufactured in the United States. I abandoned it, sandwiched between cornfields with its axle torn, on a summer Nebraskan evening in 1969.
It endures to this day as the only car, at least in the Midwest, acknowledged with a mailing address. Two families have lived in it since then. They still write and promise rent. I tear up their small and occasional checks.
My girlfriend and I were going to San Francisco from New York. I was a hippy and she an Isreali. She was a gulpingly pretty girl who never fully embraced my car. She felt the car misrepresented her worth. She taught me the hard lesson that all inanimate objects are considered to be ornaments by women. The moment she saw my car I should known by the look on her lovely face that it would be a long trip.
She dumped me right there in the roadside gravel and hitchhiked back east. I stole some raw corn and went in the other direction.
This episode and its escort, heartache, set in motion a disturbing pattern in me. She was the first girl who hurt me. I ached for nearly a year. When I came out of it, I was changed. I blamed beauty and sought vengeance on it. It was great fun.
It did not occur to me until decades later that the only reason I worked at all during this part of my life was to buy expensive cars. Fine cars are a persuasive indicator of compatibility to a woman, even more precise than astrological signs and a sense of humor.
It is fairly easy to gauge the type of woman you will charm with the make of car you drive. Most truly beautiful women, many of which could barely sneeze without advice, knew the price and year of any car on the road.
I had a little money by that time and engaged my prey without conscience. They deserved it.
When I married, the dynamic of seduction had to be re-calibrated. Using my car as an aphrodisiac was now unthinkable ( as well as perilous). We moved to a small town that young couples want for their children. Then they buy Volvo station wagons.
The Volvo station wagon is the car that women persuade men to buy before they have agreed on children. They use the pretext, “ we might need the extra room for a dog.”
The Volvo is the most duplicitous machine ever marketed. It is breathtakingly fast, drawing in the hesitant, continuously half-erect male. It is the woman, however, who knows that crash test dummies sometimes play Scrabble in it, during high-speed collision tests.
My current car and I are growing old together and entering into a more predictable repair schedule now. It takes me to doctors, and I take it to our mechanic on Main St.
I am beginning to sense a certain smugness coming from this car as if it thinks it might outlast me.
Then that old hardness in me shows itself, and I suggest that it might like Nebraska.