It Would not Bother Them A Bit

If the RNC, Republican National Committee, makes good on its threat and pulls out of the Feb 26 scheduled debate on NBC because of the favoritism and ineptitude shown by it’s waddling duckling CNBC the other night, it may fracture liberal political allegiances.
Our media trained to use journalism to accomplish good. This purpose was a residue of Vietnam and Watergate.
Newsreaders have no idea, right or left, that journalism should be neutral. Their primary obligation, as they see it, is to maintain their good looks, keep their legs loosely open and to follow the directions of the corporations that pay them.
Mr. Trump, like him or not, is the clown who may just pull down the pants of these well-dressed sponsors and networks. They have trained us to believe our obligation is to buy Republican or Democrat. They could change our minds very quickly if they start losing money.

Art will never thrive until we understand what it is not. The comparable beauty of the girl or boy we love is kept a hard fast secret that we all conceal out of a deep-seated kindness to one another. Nobody ever says, ” that person you love is not as lovely as you think they are.” How do we manage this given all the other shit we smear on each other day to day?  Is it because falling in love is art?

At least five of the most meaningful people in my life are “Deadheads.” Do I think they are musical idiots? Sure. But they are in love so I let it go.

When push comes to shove we are a very nice species. Killing each other, notwithstanding, somehow we get that love is an authentication of a joy we need to respect.  That said, The Who are a much better band. 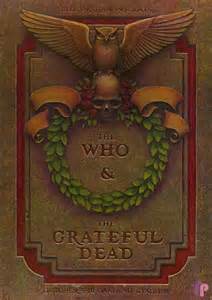 If football players were granted true love instead of seven points for every touchdown, human beings would do nothing else.

Journalistic principles matter. The mainstream media has abandoned theirs. They are afraid to be honest.

Black people have the right to have principles. The liberal left has forbidden them to exercise their right. They are frightened of each other. It is so terribly sad.

White people care about how they appear and have come to believe this behavior constitutes principles.  Liberal dominion never produces solutions, it creates bloated self-satisfied hypocrites who want to change everybody but themselves.

must be the prettiest of all girls.

is pretty again at all,

Then the next girl

who wasn’t the more pretty girl.

becomes the prettiest of all.

Tossing God Out of the House

I am cutting back on God’s allowance. No more unanswered prayers and over the top temples in which to worship him. His entire catechism will be constrained from now on. He is, in other words, going to get a job. A real job. He believes He is some app accomplishing menial tasks that we were doing for ourselves quite nicely until he showed up. Like, Steve Jobs.
He acts like we are His children, not He ours. No more of that bullshit, for sure. We gave birth to him, and His ass can still be paddled.  We go to work every day and on Saturday or Sunday he expects us to tax ourselves for the extra cash He wants for robes, pointed helmets, and rings to kiss. Time to get a grip.
Flying frogs, great big floods and overheated cellars of eternal flame are terrors most of us have by now outgrown. Only fools prefer a God that frightens them.
It is time for him to get his own apartment and provide for Himself for a couple of millennium. I mean it this time. 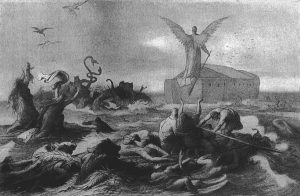 Never knowing If We Are A Song

I have come to believe that we all share the same experience. There is no equality or inequality in the occurrences in our lives. Even the amount of time on earth never affects this evenhandedness. If you are not stillborn, the process perpetually completes itself for each of us. Like a one grooved spinning record, we go round and round, never knowing if we are a song. 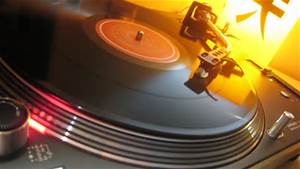 At what point did the dog decide it would unconditionally devote itself to man? Was it before we fed it or after it gave up trying to outsmart shut doors?

Every band has a sound engineer sitting in the center of the audience behind a starship array of buttons, switches and knobs. They mix the sound the audience hears.
The prevailing rule is; the less important the band, the more self-important this guy tends to become over time.
Genesis, except for Peter, who could show up wearing nearly anything, including but not limited to recently killed animals, could not have appeared more ordinary. For the most part, they looked like high school kids let out early to do the show.
Dave, our sound engineer dressed as though he might have to fill in for Aerosmith at any moment.
He was also uncommonly stupid.
We played a lot of U. S. high school gymnasiums in the first years.
These exercise buildings would always have various types of equipment, and one such were sets of rings that dropped from the ceiling on canvas ropes by motors. These are exactly the same as the ones you see in the Olympics.
Every mixing board has a long run of wires that connect to the speakers on stage. These are always heavily gaffer taped to the floor so the kids would not trip over them.
So one afternoon during the setup Dave speeds up to me, full of inspiration, and says he is going to use the rings to fly the cabling over the audience heads.
The motor’s button lowers the rings to an adjustable height to compensate for the height of the kid who would be using them.
He runs all the wires through the rings then hits and holds down the up button unknowingly delivering the message to the machine that the rings should return to their nest near the ceiling. This rise was, unfortunately, uninterruptable.
What happened next is nearly beyond my powers for depiction. It was rapidly clear that the rings weren’t going to stop. The wires became taut pulling to a V above our heads. This, in turn, relentlessly began tugging the speakers towards the edge of the stage and a calamitous six-foot drop. Meanwhile, Dave, now near blackout was gawking at his huge mixing board edging off its pretentiously high pedestal.
Our roadies saved the day and the show; they responded like sailors with knives in their teeth in the middle of a terrifying storm at sea by climbing the main pole to cut down the sails before the ship capsized. They pulled all the plugs in time.
Dave was fired a few months later because he stole a guitar from the band. It was not so much that he revealed himself as a thief that makes me remember him so particularly. It was more that he sold the guitar to a musical instrument store in Madrid where it was accidentally noticed by the band member from whom he stole it.